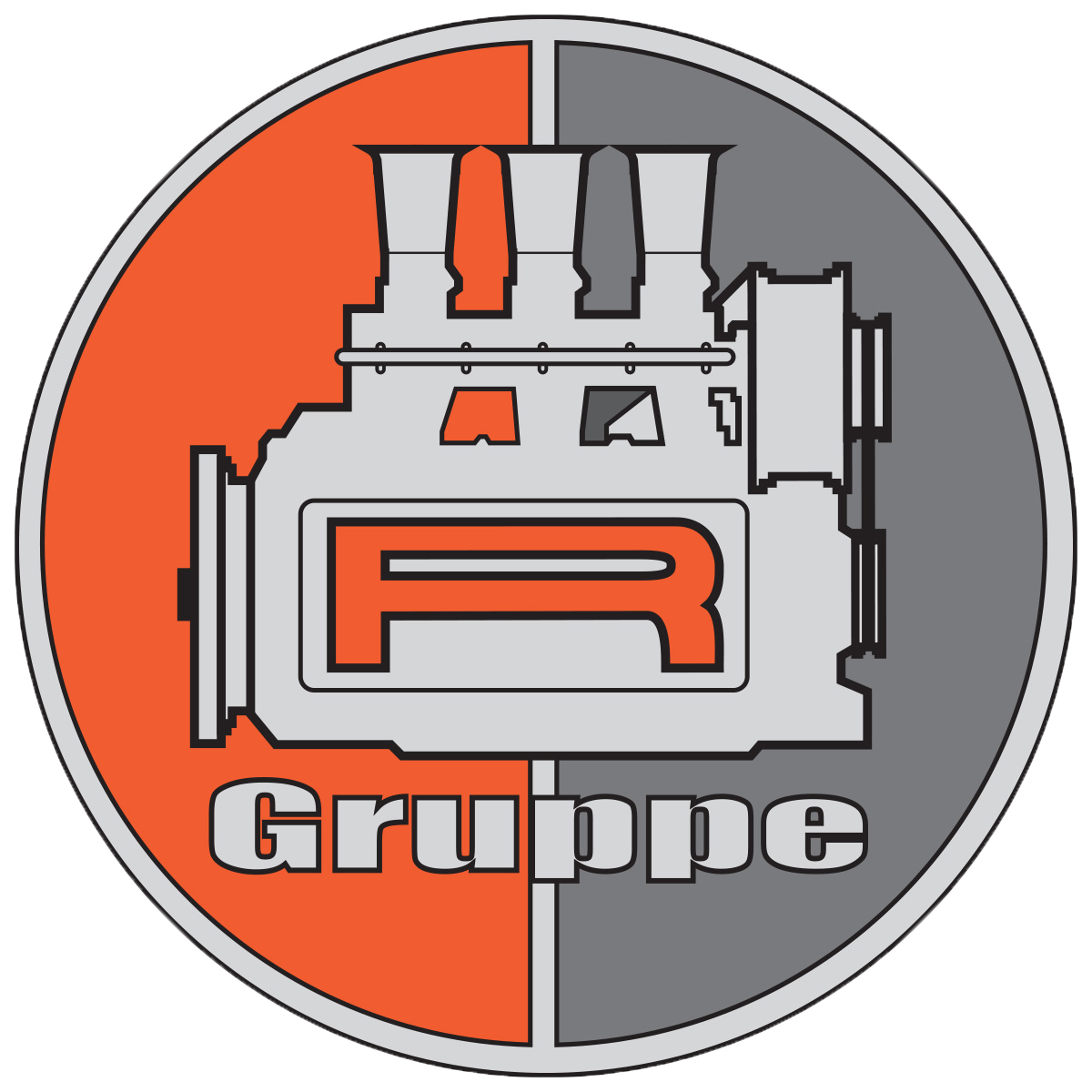 “R Gruppe is arguably the most exclusive, the most polarizing, and the most influential car club in the Porsche universe. A small, invitation-only group dedicated to creatively modified and thoroughly personal versions of “early” 911s — defined as long-hood cars built before the U.S. bumper regulations enacted in 1974 — R Gruppe thumbs its nose at convention while offering a rough mechanical and philosophical template for owners looking to pump up the performance of their Porsches. The result is a fleet of sweet, esoteric cars that cherry-pick elements of crazy-expensive limited-edition R, ST, RS, and RSR models — a ducktail here, a twin-plug motor there — to create one-of-a-kind pieces of inspired mongrelization.”

By Preston Lerner for Motortrend Magazine

The R Gruppe is a collection of like-minded Porsche enthusiasts, often times now described as a brotherhood. While the club prefers to remain fairly low key and generally keeps a more discrete presence in the Porsche community, the cars speak for themselves and represent some of the best examples of the sports purposes philosophy that originated with the Porsche factory Sports Purpose Manual, coupled with the creative interpretations of the members that make up the R Gruppe.

These cars, while often viewed as true works of art, are meant to be driven.
That was the intent of Porsche and is the byword as so elegantly stated by Tony Gerace,
“Let’s drive these pigs!”

CARs that speak for
themselves

Every R Gruppe car is unique. Whether by design or by chance, each one is a personal statement made by its very passionate owner. If you ask each of the R Gruppe’s 300 members how their car came to be, it’s certain you’ll get 300 very different answers. The cars do have at least one thing in common – they’re all extraordinary.

A fundamental component of the R Gruppe is an active member. While its important to get our cars out and on the road, for many members its also about getting out to interact with our R Gruppe brothers and sisters.

Each region brings a spirt all its own to the club, and the stories and photos they share are intended bring a sense of camaraderie throughout the regions.

the come one come all annual club event

Like your first Porsche, you never forgot your first R Gruppe Treffen. There’s no better way to shake out the winter cobwebs than reconnecting with your car and your favorite people at our yearly get-together.

GATHERINGS ALL THEIR OWN

Pulling up to an R Gruppe gathering of any sort brings a distinct feeling – there is no denying it. Club members, friends of members, prospects and the occasional random car admirers alike, all help contribute to the feeling that gathering around these cars just naturally brings.

Afterall, “it’s about the cars and the people”, as club Co-Founder Cris Huergas used to so emphatically say.

Check out some shots of the cars that make up the Northern California Chapter at the infamous Alameda Naval Station, the site of the Excellence article that started it all helping prompt the formation of the R Gruppe.

R Gruppe is a registered trademark - All rights reserved